Increases in retail electricity prices across the eastern states of Australia over recent years have attracted significant political interest. In 2017 the Australian Competition and Consumer Commission (ACCC) was asked to review the electricity supply chain and identify the causes of price increases and potential avenues for achieving price reductions.

Our assessment of changes in the bidding behaviour of generators in response to numerous market events involved the analysis of over 1.3 billion market participant bids. Our work showed that market participants routinely altered their bidding behaviour to take advantage of changes in market conditions, but that this conduct did not breach the market rules and was largely consistent with the outcomes expected under the existing market design.

One observation emerging from our analysis was the significant change in the bidding behaviour of Stanwell Corporation after it was instructed by the Queensland government to adopt a less aggressive bidding strategy – as illustrated in the time series’ charts below, where the relevant date (shaded) falls at approximately two thirds along the depicted time interval. 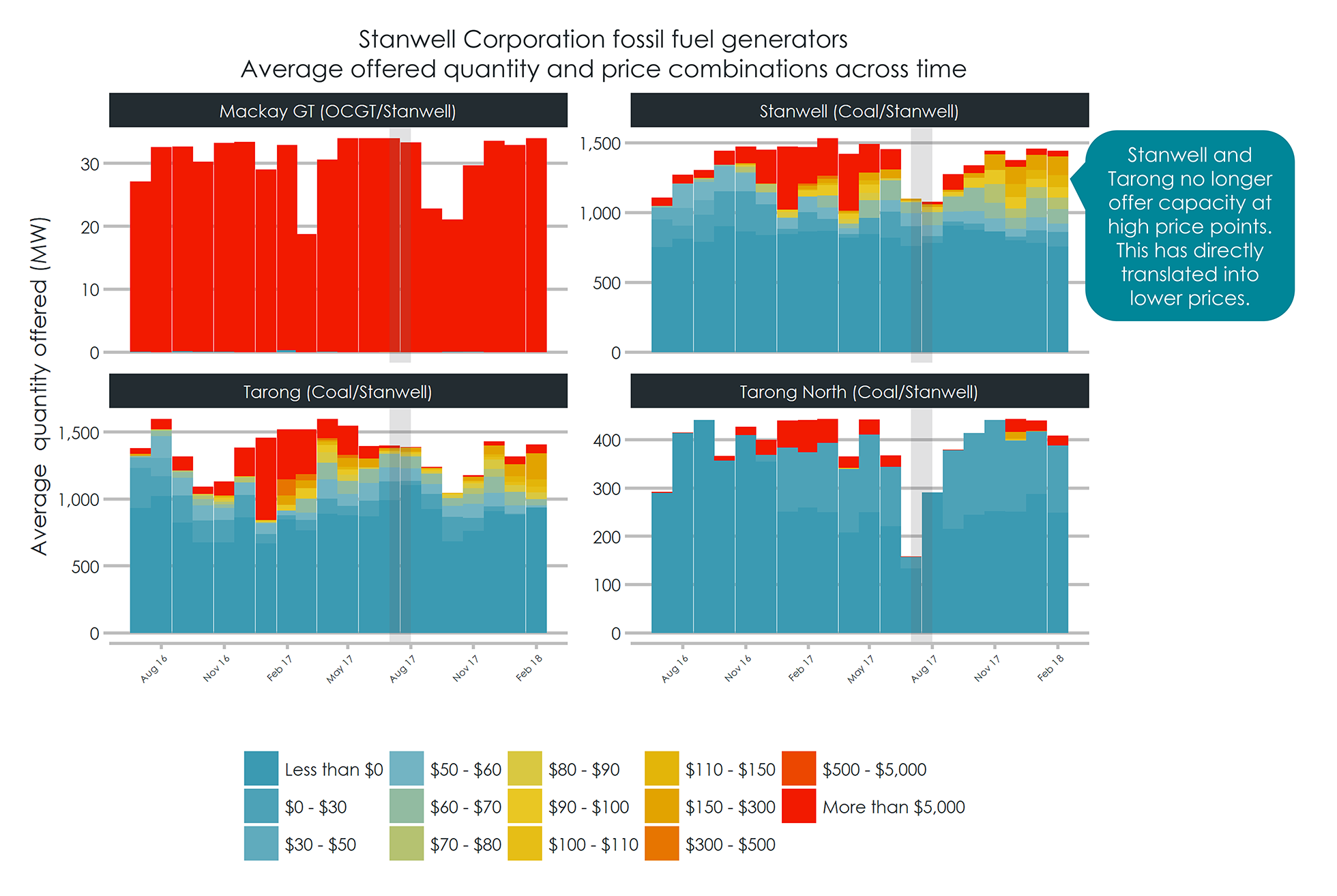 Our analysis of gas market outcomes showed that the pass-through of spot gas prices into the electricity market bids of gas generators, and so to wholesale electricity prices, varied across generator type, ownership structure and location. We found that in South Australia, the region with the highest proportion of gas fired generation, a $1 per MWh change in the spot gas price led to a $0.25 per MWh change in the wholesale energy price.

The recommendations from the ACCC’s final report have been largely accepted by the Government and several changes are being made to the National Electricity Rules and relevant legislation in light of the ACCC’s recommendations.

Our reports can be found here.