In 2014, Qantas and China Eastern sought authorisation to coordinate some of their operations between China and Australia, including offering a codeshare on some of each other’s flights.

A draft decision published by the Australian Competition and Consumer Commission (ACCC) proposed to deny authorisation. It was concerned that there would be a lessening of competition between Qantas and China Eastern that would outweigh any benefits from the proposed coordination.

Our analysis showed that indirect services were likely to be a strong competitive constraint on the direct services of Qantas and China Eastern because: 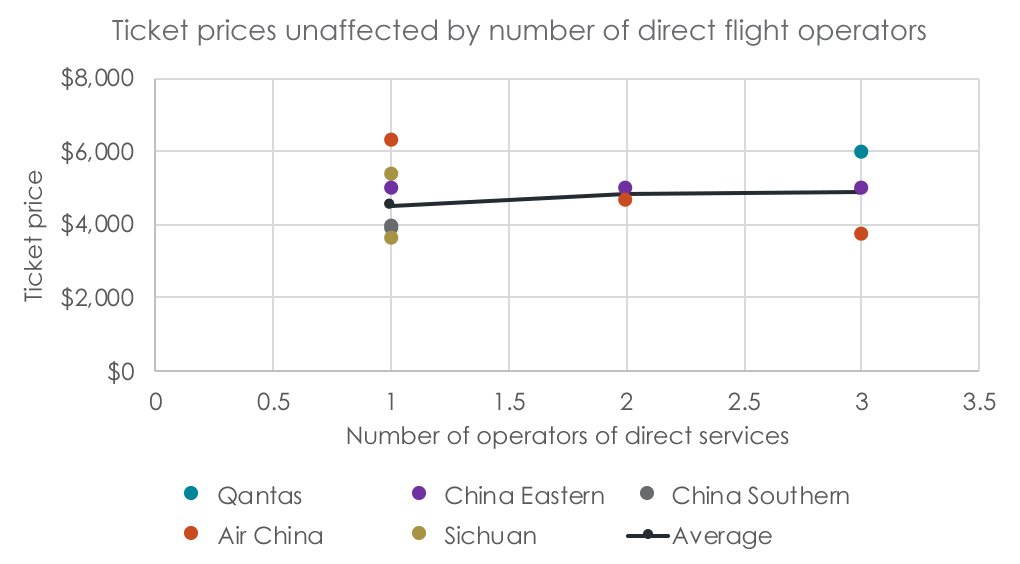 Our analysis also showed that the proposed coordination was likely to have two effects in relation to the use of and investment in capacity on routes between Australia and China, ie, it would:

The ACCC subsequently decided to approve the authorisation, subject to certain conditions.